I finally have fruitful progress to show you! After working all day, Jason and I have managed to clear everything from the closet and room (which was our storage room) with the exception of three light fixtures which will be taken by Jason’s mom at the end of July. We still have some small things left to do in the nursery, but now that it’s all clear, these projects are just minor:

And because it’s boring without them, here are some pictures: 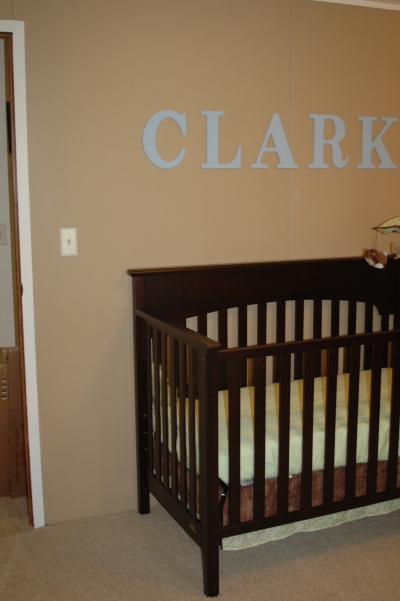 This is the main dresser for his clothes, and it will also serve as a changing table once we get a changing pad set up. To the left is our stash of extra diapers, which will move into the closet now that we have the room and will be replaced by the diaper pail. Cut off on the right is his adorable hamper with all the woodland creatures on it. The lamp you see on the dresser has a mate for the nightstand (see below) but the shade is missing so we’ll have to get another shade before adding it to the room. The print will go above the right side of the dresser.

Here’s a pic of the finished bulletin board and rough window treatments. The door you see is the open closet door (which will eventually be replace with a white six panel hollow core door). 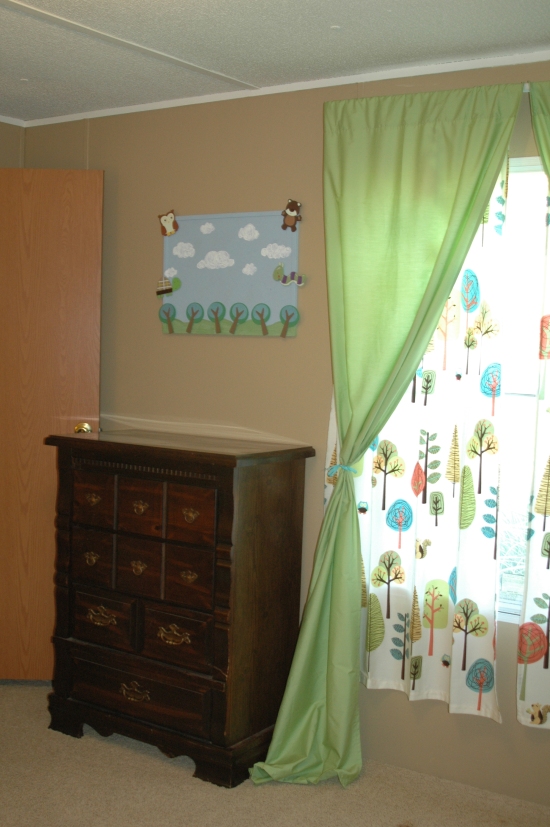 Here’s the other side of the window along with our leaf pod. Our glide rocker and ottoman will go here. 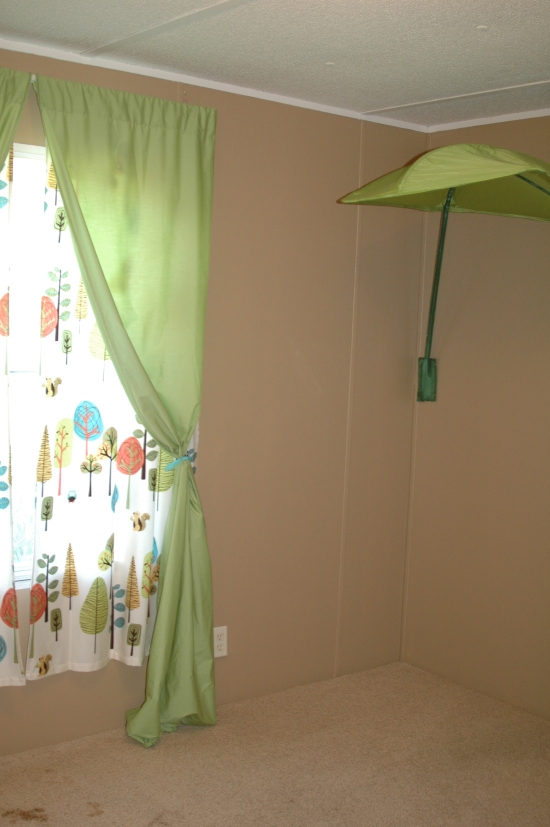 Here’s the lonely corner without the glide rocker. On the nightstand (which will hold my breastfeeding supplies in the beginning) is a basket for some books, an ultrasound picture, and the mirror that will hang above.

This picture of the closet doesn’t do it justice because it is easily double the size in the picture – probably 6 foot wide by 4 foot deep. We are easily able to store the stroller, car seat and base, and several totes in it along with clothing and linens, and we will also be able to fit a pack and play and lots of toys when we start to collect those items. 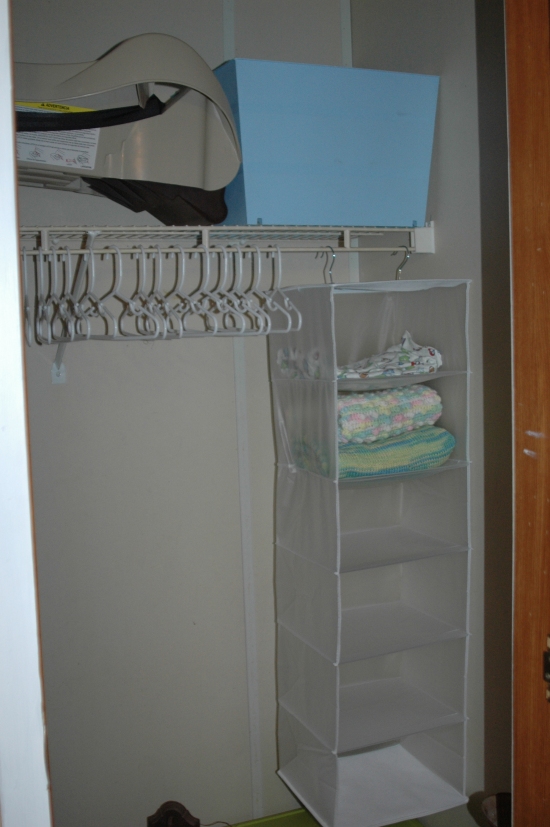 Hope you enjoyed some updated pics of the nursery! But that’s not all we’ve been working on today. We got rid of so much junk/clutter from the nursery and the office. We’re still working on paring down all the stuff in the office, but because we don’t have any extra closets/a basement/a waterproof shed to store extra things, it’s kind of our catch-all for the time being.

2 thoughts on “In Our House: Nursery Progress Part 4” 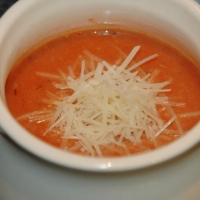 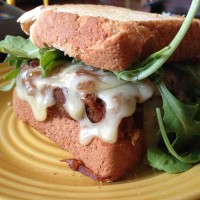